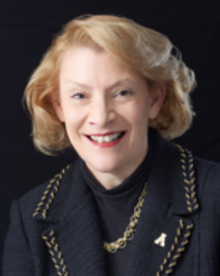 Dr. Sheri N. Everts joined Appalachian State University as its seventh leader in July 2014. Previously, she had been provost and vice president for academic affairs at Illinois State University since 2008.

A Nebraska native who attended elementary school in a one-room schoolhouse, Everts graduated from the University of Nebraska-Lincoln in 1980 with a bachelor’s degree in English instruction and secondary education. After teaching middle school and high school English in Kansas and Nebraska, she returned to UNL, where she earned a master’s degree in literacy education and English (1991) and a doctorate in administration, curriculum and instruction (1994).

Everts began her higher education career in 1994 as an assistant professor in the Department of Teacher Education at the University of Nebraska Omaha. Rising through the academic and administrative ranks at UNO, she was named assistant vice chancellor for academic and student affairs in 2000, promoted to associate vice president in 2003, and named interim senior vice chancellor for academic and student affairs in 2006. She served in that interim capacity until June 30, 2008, when she left Nebraska to become provost and vice president for academic affairs at Illinois State University and also served as interim president at ISU.

In recommending Everts to the Board of Governors in March 2014, UNC President Tom Ross said, “Sheri Noren Everts brings to the task two decades of academic and leadership experience at highly respected public universities. At each step along the way, she has proven herself to be an energetic and effective leader who encourages creative problem-solving, promotes collaboration and inclusiveness, and demonstrates a passionate commitment to academic excellence and student success. She has also earned a reputation for great integrity, sound judgment, and a strong commitment to community engagement, outreach and partnership.”

Chancellor Everts spent her first year at Appalachian intently listening to faculty, students, staff, alumni and friends and using this invaluable input to begin moving forward together. Important accomplishments during the inaugural year include: hiring a new provost to lead Academic Affairs; strengthening and expanding prevention and education related to sexual assault, suicide prevention and drug abuse prevention; reallocating funds to achieve a merit salary pool increase for faculty; establishing the Faculty Club; initiating conversations about affordable housing for faculty and staff; hiring a new athletic director; broadening the Appalachian Energy Summit and deepening the university’s commitment to sustainability; completing the $200 million Campaign for Appalachian; and moving from conversations about diversity to action with one result being the admission of the most diverse first year class in university history. 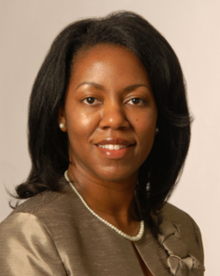 Since 2012, Stelfanie has focused the college strategically on educational excellence, continuous improvement, employee and student engagement in college life, and institutional stewardship. During her tenure, the college has added six new curriculum degree programs including Simulation and Gaming, Paralegal Technology, and Mechatronics, as well as a gerontology specialization within the Human Services degree and expanding diploma programs in Pharmacy Technology and Welding Technology to the associate-degree level. Also during this time, VGCC secured the largest grant in the college’s history, the second largest private donor gift, and held four consecutive highest-yielding annual golf tournaments for scholarships. With a focus on student success, the institution has improved completion rates, graduating the largest class ever for the institution in 2015 and initiating a private donor-sponsored tuition assistance program called the “Vanguarantee” in an effort to make college more accessible for students with the greatest financial need.

The college plans to expand its reach further through strategic partnership. Recently, Vance-Granville has collaborated with local businesses, community, and educational organizations including projects in advanced manufacturing, agribusiness entrepreneurship, and summer bridge opportunities for students. Other developments include partnering with public schools, not only in support of the four early colleges, but for programs of study delivered at high schools and vertical alignment planning between public school and college faculty. In addition, VGCC has joined with North Carolina Central University to offer a baccalaureate degree on VGCC’s campus and plans to open a new facility for public service training and workforce development across from its main campus, both in 2016.
Prior to leading Vance-Granville Community College, Stelfanie served as faculty and in several administrative capacities including director, dean, and vice president at other community colleges. She also serves as adjunct faculty for North Carolina State University College of Education. Stelfanie presents nationally, consults on leadership and workforce development, and actively participates on public and private boards including Union Bank & Trust Board of Directors, North Carolina Central University School of Business Board of Visitors, American Association of Community Colleges Commission on Structured Pathways, as well as local chambers of commerce and economic development commissions. 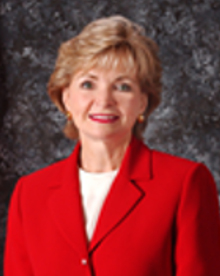 June St. Clair Atkinson is the first woman elected State Superintendent of the Public Schools in North Carolina and has served in this position since August 2005.

Dr. Atkinson oversees almost 1.5 million students in over 2,500 public schools. She has more than 35 years of experience in education. She has served as a chief consultant and director in the areas of business education, career and technical education, and instructional services within the NCDPI. A former business education teacher, Dr. Atkinson has been involved in instruction and curriculum development throughout her career.

She has held many professional offices and most recently served as the President of the National Council of Chief State School Officers.